People who I work with are often bemused by the perculiar setup I have on my machine, which is the product of constant evolution over the last five years or so. My setup is designed to work well for me, not to look pretty or provide distraction. As such, it can be thought of as sort of the opposite of desktop environments like Gnome. The other thing about my setup is that it is designed first and foremost to be fast and as such programs which are slow to start, slow to run or consume a lot of memory are completely out. For this reason, over the years I have ditched the emacs family of editors, fancy window managers and silly meta-environments like Gnome. People who use vim tend to look productive and slightly wired like this: 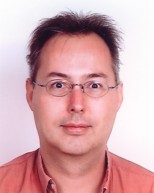 Whereas emacs users have been known to look like this: 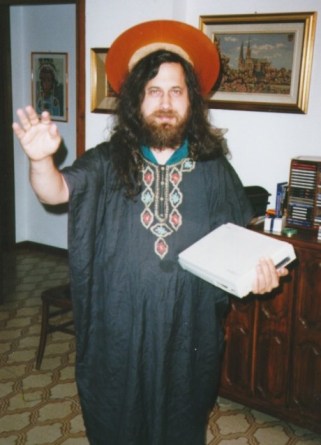 I think that proves my point nicely.

I also use a text-mode web browser where I can because it is quick to start up and makes it quick to find information. Time-wasting web browsing of sites entirely devoid of real information I still do with a graphical browser, however. I have found that as computers that I use have become faster and more powerful, my desire for speed has increased so I am even more obsessed with small, fast apps than I used to be. Goals of the setup

These are pretty simple:

The shell and the unix philosophy

One of the key strengths of unix systems is the philosophy of small tools which can be combined in flexible ways. Writing your own scripts, functions and aliases to customise your user experience not only makes your life better and more productive, its also a great way to learn about unix.

This is the antithesis of the mindset that brings about Integrated Development Environments. The great thing about the unix shell as an integrated environment is that it is infinite in potential given that you can always extend the facilities you have by making other tools using scripting or by getting them from the web. The shell itself is extensible in that you can add little scripts or write functions to add features or do things your way.

I also often find myself typing vi /the/path/to/a/file, then wishing I could do cd !$ to get to the directory to check the file in or whatever. So I built a cd function that changes to the parent directory if the target is a file. When a colleague of mine explained the ksh cd behaviour, I added his ksh-like cd function to mine to get this:

Notice that this includes a few zsh-isms which you'll need to change if you want to use this in bash. ${TRY:h} is the same as $( dirname "${TRY}" ) but I get to skip the backticks and save a fork. I think you can do this in bash using a string substitution something like "${TRY##*/}". If you are using a csh-like shell I pity you and this cd mechanism will not be enough to save you from your folly anyway.

One of the easiest ways to improve your productivity on unix systems is to become acquainted with your shell's history completion and search facilities. All of these described here are common to zsh and bash, although zsh has some additional features that bash does not.

Firstly, if you ever find yourself tapping the up arrow to scroll through your command history, you are living in a state of sin- either type history 100 or something similar to actually get a history list or use Ctrl-R to do a recursive incremental search through your shell history. Secondly, learn and use some basic history completions:

There are lots more possible history completions but I use those three ten times for any one of them. Also useful are:

You can combine these with the first three constructs by adding a colon, so: